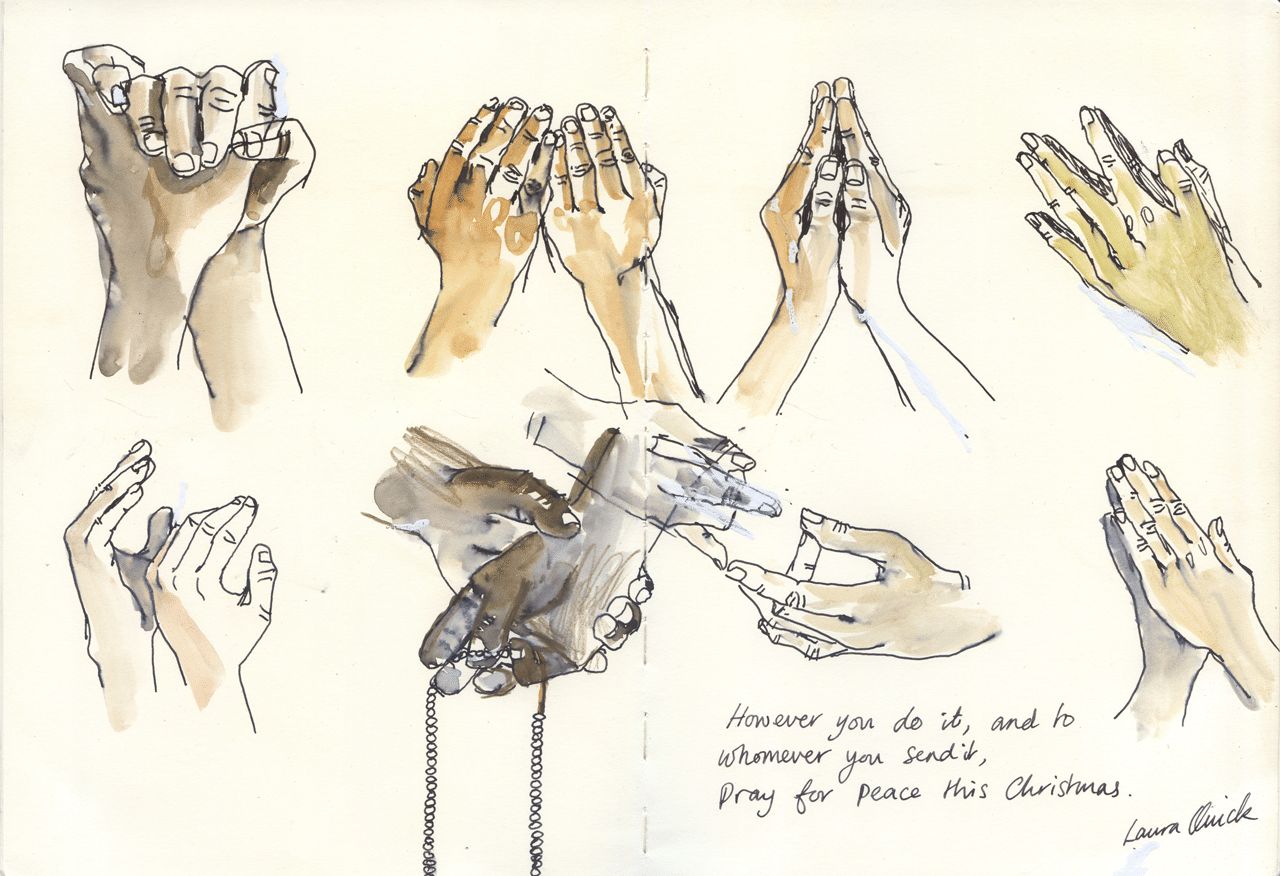 What is happening in Syria, and with it’s refugees is especially appalling at Christmas because of the obvious contrast between our western festive habits, and what is happening to these people.

Personally I don’t pray. Not per se. I tend to direct my wishes and thoughts upwards towards the stars with a general sense that some greater power functions in a way that I don’t really understand. The specifics of organised religion don’t capture me, but they do for so many people on a global scale, despite the violence that often comes with it.. So I drew this. We all pray at some point in some way shape or form, I feel sure.

However for those of you who want to do a bit more..Just an idea, but when I donated some money to Unicef this year – The equivalent of a present each for my kids, I will give them both one less thing. I told them Father Christmas was giving them less so he could help the refugee children, as they need it most. This is the UK link but they have global links too. (It may take 5 minutes of your time!)

Just a thought. Albeit a small one.

0 thoughts on “Praying and Christmas”